You be the Judge… Look closely at the Damages to the USS John S. McCain!

The U.S. Navy guided missile destroyer USS John S. McCain collided with a merchant vessel off the east coast of Singapore early Monday morning.  10 sailors are currently missing, with an international search and rescue effort underway.  According to a Navy official, the McCain reportedly lost steering control prior to the collision, but has since regained it.

A U.S. Navy press release states that the John S. McCain was underway east of the Straits of Malacca while transiting to what they refer to as a “routine” port visit in Singapore.  At 6:24 a.m. Japanese standard time, a commercial vessel, the Alnic MC, collided with the McCain on its port side, aft – or the rear portion of its left side, looking ahead.

Maritime collisions involving two ships are considered rare, but this was the second collision involving an American naval destroyer since June.

Here are a handful of other recent collisions involving United States Navy vessels at sea — several of which included fatalities.

June 17, 2017: Seven sailors were killed when the Fitzgerald, a destroyer, was broadsided by a Philippines-registered cargo ship, about 60 miles off the coast of Japan. A Navy report released in August found that within 90 seconds of the collision, seawater began rushing through a gaping hole in the starboard hull, filling berths in which sailors had been sleeping. In response to the report’s findings, which blamed the ship’s crew, the Navy relieved two senior officers.

May 9, 2017: A 60- to 70-foot South Korean fishing boat collided with theLake Champlain, a guided-missile cruiser, on its port side while the cruiser was conducting routine operations in international waters. No one was injured. Fishing boat crew members later said the fishing vessel did not have a radio, so they did not hear the calls from the Navy, a Navy officialsaid at the time.

Aug. 19, 2016: The Louisiana, a nuclear ballistic-missile submarine, and the Eagleview, a Military Sealift Command support vessel, collided while conducting routine operations in the Strait of Juan de Fuca off the coast of Washington State. There was damage to the hulls of both the Eagleview and the Louisiana. No one was injured.

July 22, 2004: The John F. Kennedy, an aircraft carrier, and a dhow, a small traditional Arab sailing boat, collided in the Persian Gulf. The dhow sank immediately, and all those aboard are believed to have died. It is still unclear how many people were on it, but dhows — which are used mainly for transportation and fishing — can generally carry up to 15 people.

The Kennedy, which was engaged in night air operations at the time, had made a hard turn to avoid the tiny vessel. The carrier was unscathed from the impact on its starboard hull; its crew and aircraft were all accounted for, but two jet fighters on the deck were damaged when the ship turned. The Navy relieved Stephen G. Squires, the commanding officer of the Kennedy, after the episode. 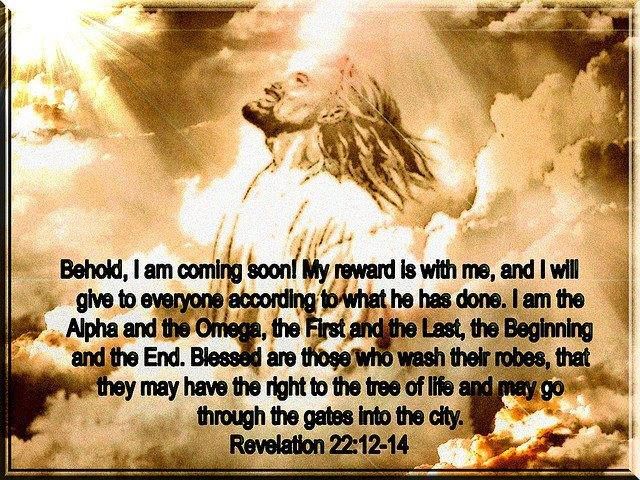 12 And, behold, I come quickly; and my reward is with me, to give every man according as his work shall be.