James Francis “Jim” Thorpe use to be a household name, “the greatest athlete” he was called. Not only did he win two gold medals during the 1912 Olympics, but he also played professional football, baseball, and basketball. Normally this alone would be impressive but what truly is the achievement here is the fact that did all of that and was a Native American. For decades, Native Americans were segregated from sports. Native Americans adapted and developed their own all American Indian teams, but very few players ever broke into the professional realm, especially football. 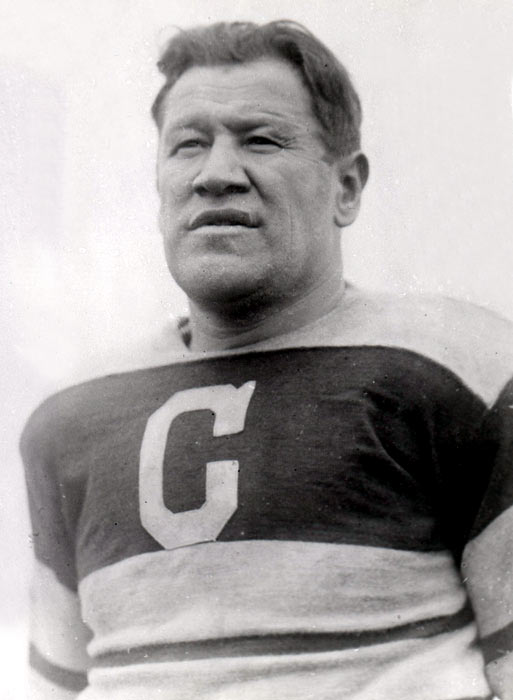 When football season comes around the only “Indians” fans think of is the Cleveland Indians or perhaps the Washington Redskins. Can you name a single Native American football player? Since the time of “Jim” Thorpe very few Native Americans have stepped into the professional field of football.  Samuel Bradford was a first overall pick in the 2010 NFL Draft for the St. Louis Rams. Bradford also played quarterback for the Philadelphia Eagles and in college became only the second sophomore to win the coveted Heisman Trophy. He was a break away star, but I bet you did not know that he is 1/16 Cherokee Indian. Chester “Tuff” Harris, a Native American and member of the Crow Nation went undrafted in 2007 but picked up by the Miami Dolphins and tossed around between teams for years, yet no one publicized his heritage either. Why is it you do not hear about Native Americans in football? There are countless talented athletes that could represent their nations and the native legacy, but most full blooded Native Americans never make it off the Indian reservations.

There has not been a full blooded Native American in professional football since 1921. Why do we not see them on the field? Where are these potentially talented players and why are they not in the limelight and media? Sadly, they are stuck on reservation still being oppressed by the government. They need to break free of the clutches of the government fist and make their presence known!